FireEye’s Mandiant Incident Response and Intelligence teams have identified a wave of DNS hijacking that has affected dozens of domains belonging to government, telecommunications and internet infrastructure entities across the Middle East and North Africa, Europe and North America. While we do not currently link this activity to any tracked group, initial research suggests the actor or actors responsible have a nexus to Iran. This campaign has targeted victims across the globe on an almost unprecedented scale, with a high degree of success. We have been tracking this activity for several months, mapping and understanding the innovative tactics, techniques and procedures (TTPs) deployed by the attacker. We have also worked closely with victims, security organizations, and law enforcement agencies where possible to reduce the impact of the attacks and/or prevent further compromises.

While this campaign employs some traditional tactics, it is differentiated from other Iranian activity we have seen by leveraging DNS hijacking at scale. The attacker uses this technique for their initial foothold, which can then be exploited in a variety of ways. In this blog post, we detail the three different ways we have seen DNS records be manipulated to enable victim compromises. Technique 1, involving the creation of a Let’s Encrypt certificate and changing the A record, was previously documented by Cisco’s TALOS team. The activity described in their blog post is a subset of the activity we have observed.

Attribution analysis for this activity is ongoing. While the DNS record manipulations described in this post are noteworthy and sophisticated, they may not be exclusive to a single threat actor as the activity spans disparate timeframes, infrastructure, and service providers.

Preliminary technical evidence allows us to assess with moderate confidence that this activity is conducted by persons based in Iran and that the activity aligns with Iranian government interests.

The first method exploited by the attacker is altering DNS A Records, as seen in Figure 1. 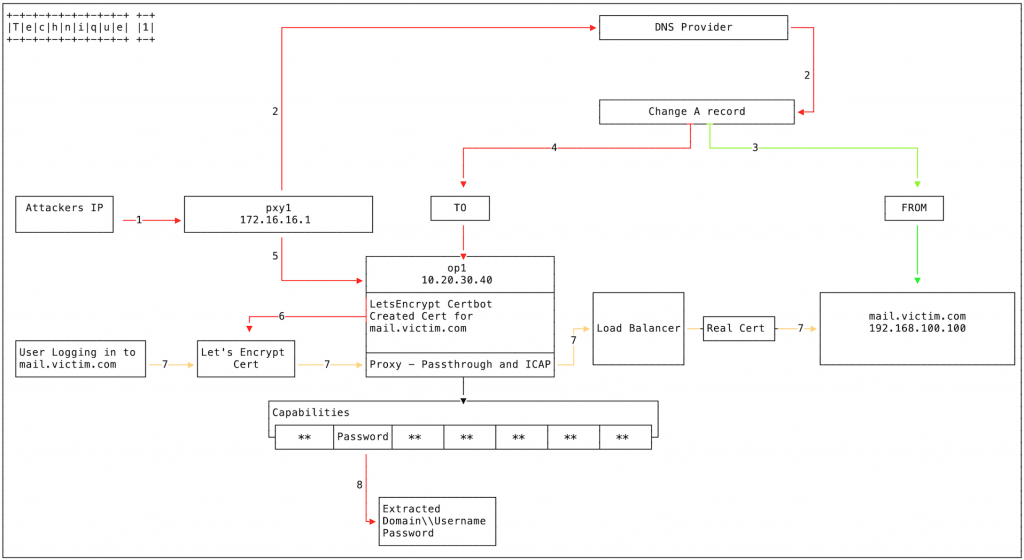 The second method exploited by the attacker involved altering DNS NS Records, as seen in Figure 2. 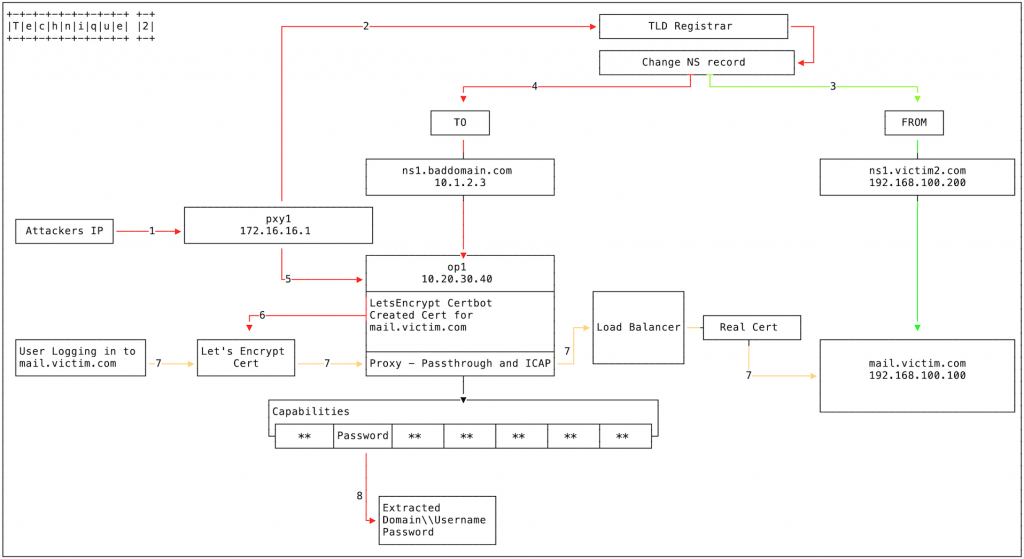 The attacker has also been observed using a third technique in conjunction with either Figure 1 or Figure 2 above. This involves a DNS Redirector, as seen in Figure 3.

The DNS Redirector is an attacker operations box which responds to DNS requests.

A large number of organizations have been affected by this pattern of DNS record manipulation and fraudulent SSL certificates. They include telecoms and ISP providers, internet infrastructure providers, government and sensitive commercial entities.

Root Cause Still Under Investigation

It is difficult to identify a single intrusion vector for each record change, and it is possible that the actor, or actors are using multiple techniques to gain an initial foothold into each of the targets described above. FireEye intelligence customers have received previous reports describing sophisticated phishing attacks used by one actor that also conducts DNS record manipulation. Additionally, while the precise mechanism by which the DNS records were changed is unknown, we believe that at least some records were changed by compromising a victim’s domain registrar account.

This type of attack is difficult to defend against, because valuable information can be stolen, even if an attacker is never able to get direct access to your organization’s network. Some steps to harden your organization include:

This DNS hijacking, and the scale at which it has been exploited, showcases the continuing evolution in tactics from Iran-based actors. This is an overview of one set of TTPs that we recently observed affecting multiple entities. We are highlighting it now so that potential targets can take appropriate defensive action.